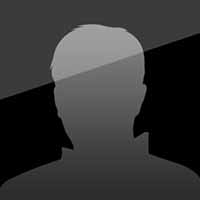 Collared and tied up by her hands, super stacked bitch Dahlia Sky looks pretty damn sexy. Master takes charge in here. Dahlia obediently lies on her side, taking rock hard dick up her poor anus balls deep. Mean guy holds that chain, enjoying ass fucking Dahlia like some filthy whore, which indeed she is. So, after being ANALized deep and hard, Dahlia finds herself lying on her back on the table with her legs spread and tied to metal bars. Her hands are locked in roe bondage too. There's no way Dahlia can escape. Brutal motherfucker starts pumping that ass missionary style. He strangles Dahlia. She experiences wild anal orgasms over and over again. It looks pretty rough and disrespectful, but I know that Dahlia enjoys every single second of being pounded like a slave with no rights.